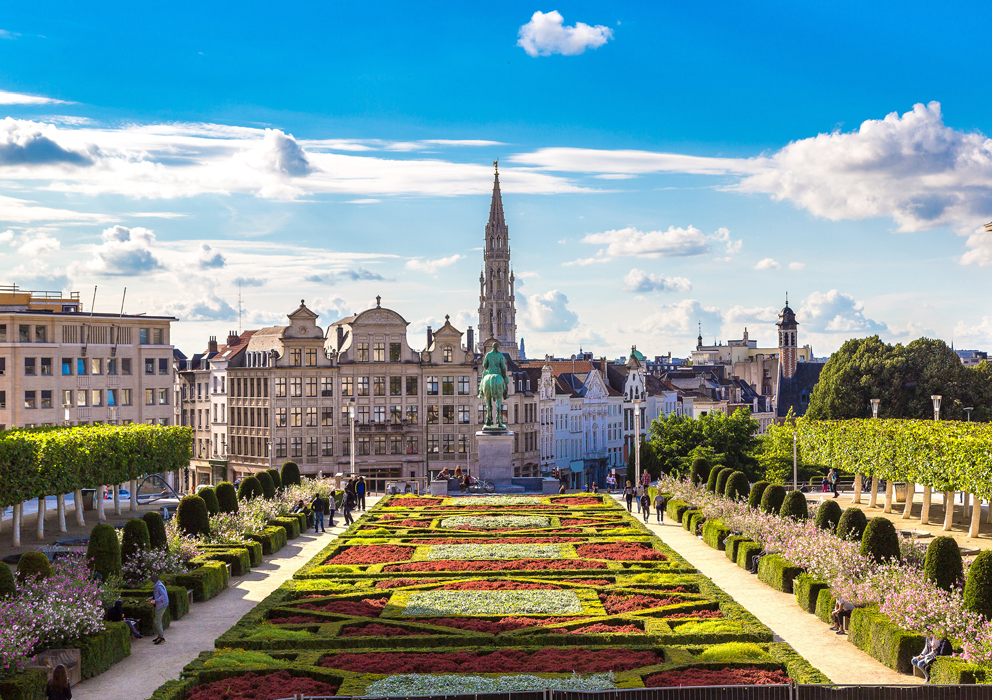 Over the past 10 years, since the onset of the Great Recession, the state of public finances among eurozone members has deteriorated considerably (charts 1 & 2). The difficult bailout of Greece, and particularly the ECB intervention in summer 2012, prevented the breakup of the eurozone and restored calm to the sovereign bonds market. Today, however, despite major rebalancing efforts, most eurozone members are struggling to comply with European rules in terms of public finances. Among the four largest economies, France and Spain are still running a public deficit in excess of 3% of GDP, and all have debt in excess of 60% of GDP. Furthermore, with the exception of Germany, none have succeeded in setting their public debt on a downward trend1. If nothing is done to reduce these divergences, political tensions between member states could become critical within a few years.

Among the major economies, only Germany has already rapidly reduced debt as a proportion of GDP (chart 3). The current cautious stance adopted by the German authorities is due primarily to unfavourable domestic demographic trends: from 2025 onwards, if no measures are taken, the costs associated with the ageing population will increase the weight of public debt within GDP.

Spain, which has been hit particularly hard by the crisis, has seen its debt rise from 40% of GDP in 2007 to 100% in 2016 (chart 4). In order to restore a level of 60% by 2037, the Spanish government must continue with its rebalancing strategy. The sharp upturn in economic activity and the large number of reforms already implemented should help. Spain nonetheless needs to further improve its primary balance by around 3 GDP points over the next few years. If current policy remains unchanged, the weight of national debt will continue to drift higher and could even increase rapidly, if Spanish government yield spreads return to their 2012 level due to market fears.

The deficit and public debt ratios in France are comparable to Spain (chart 5). As is the case with Spain, a fiscal effort amounting to slightly over 3 GDP points would enable France to put its public debt back on a downward trajectory towards 60% of GDP by 2037. However, unlike Spain, France has undertaken relatively few reforms over the past few years and is slow in rebalancing its public finances. Debt reduction has clearly been put on hold for the past few months due to the elections. Within the various programmes proposed by the different candidates, debt will only begin to be reduced again from 2019 at the earliest. If there is no change in the current trend, the markets may at some point become concerned. An increase in French government yield spreads would, in the medium term, significantly increase the debt-to-GDP ratio.

The situation is more complex in Italy. Without any further efforts, the weight of debt would fall from 130% to 120% of GDP in 10 years (chart 6). Unlike France and Spain, Italy benefited from a primary surplus of 1.7% in 2016. Reducing debt to 60% of GDP in 2037 would nonetheless require a further improvement in its primary balance of almost 3 GDP points. However, the Italian recovery remains sluggish and the political situation is still uncertain. Markets could also become concerned in the case of Italy, particularly as the government plans to implement moderate economic stimulus measures in 2017 and 2018… and therefore delay compliance with the public debt trajectory rule of 1/20th. In doing so, Italy runs the risk of the European Commission opening an excessive deficit procedure.

These differences in the budgetary situations between the four major eurozone economies are not dramatic today. In the medium term, however, the divergences in terms of public debt trajectories can no longer be ignored. If, during the next few years, certain major eurozone economies struggle to regain control over their public debt and, more specifically, fail to set their debt on a downward trajectory in compliance with budgetary commitments, tensions will surely resurface among the different countries, and also in the markets.